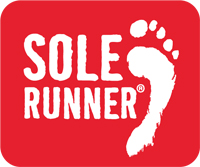 Thorsten Ludwig, owner of Sole Runner®, has been dealing with barefoot shoes and natural walking since 2005. As a general agent, he was responsible for the introduction of various shoe brands that had discovered a whole new segment: barefoot shoes

In 2010 there were only a few brands that offered barefoot shoes in Germany. Due to supply bottlenecks by suppliers, Thorsten Ludwig decided to found his own brand Sole Runner® at the end of 2010.

In January 2011 Thorsten Ludwig discussed his idea during a breakfast brunch with friends from the shoe industry.

4 weeks later they met again in Munich for the ISPO and started the barefoot shoes project.

A team of specialists from shoe production was put together. Appointments with last builders, shoe factories and suppliers were agreed.

Just 6 months later, Sole Runner® presented the first 3 models: T1 Allrounder, FX Trainer and a boot that initially had no name and later became successful under the name Transition Vario

At the Outdoor Fair in Friedrichshafen on a 3m x 3m outside area Sole Runner® presented itself the first time to the trade.

From the initial 3 models T1 Allrounder, FX Trainer and the boot has now become a very appealing collection for young and old which has found many fans of protected barefoot walking. Whether in sports, during leisure or at work. Sole Runner® barefoot shoes are worn wherever you need protection for your feet or need to take account of etiquette and still want to be protected on the go.

Thorsten Ludwig is a highly valued contact partner for doctors, doctors and scientists and is booked as a consultant by international consulting agencies when it comes to barefoot shoes and healthy walking. "Walking naturally is not a fad," says Thorsten Ludwig. "We walked without shoes or with simple sandals for thousands of years. There are no orthopedic problems among the indigenous people. Our feet are a biomechanical marvel and know exactly how to absorb shocks. We do not need additional cushioning on shoes."

With the you tube channel www.barfusslaufen.tv, Thorsten Ludwig opened a YouTube channel that explains everything about barefoot shoes, natural running, book recommendations and a gait school in short, self-produced and publicly accessible videos.

Thorsten Ludwig published the articles "Our foot, a biomechanical marvel" and "Deformed children's feet, a new common disease?" In health magazines in 2014 and 2015.

DISCUSSION
Would you recommend this brand?
YES
YES
NO
NO
UPVOTE
Website

CHALA
More freedom for your feet.

LUKS SHOES
With love and care in our own family workshop

Minimal-list is a free resource built for you. Any support you can give would be a great help to keep it up and running 👊
Support Minimal-list with a small donation ❤️
Oops! Something went wrong while submitting the form.
Affiliates
Some links are affiliate links. These fuel Minimal-list and help fund new features. 10% of all profits go to charity. None of these will ever cause you to pay a higher amount.