The best "barefoot for the real world" shoe out there 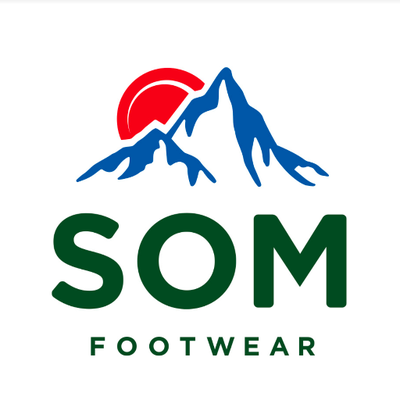 On a dirt road in Colorado, Sense of Motion Footwear founder Olivier Marchal, took off his running shoes and set out barefoot. These first few steps were the beginning of a challenging and rewarding journey from pain and frustration to the chance to change his health and his community for the better.

An avid runner for many years, Olivier was stopped in his tracks by back pain. Three years later, he happened to read "Born to Run," by Christopher McDowell. He was inspired by the minimalist footwear of the Tarahumara Indians of Copper Canyon, known for incredible feats of long distance running.

Sure enough, no sooner had Olivier slipped out of his running shoes, the pain was gone. Underwhelmed by the available minimalist footwear on the market, and discouraged that all of it came from overseas, he wondered, 'Could I make my own shoes, not only for runners but for anyone who wishes to walk on their own two feet?'

The answer was yes, though it has taken enormous amounts of research, patience and perseverance. Olivier's vision of the perfect shoe has expanded into a greater dream of giving back to the community. A metal worker by trade, he knows first hand how America's economy is suffering, and how many skilled artisans are finding themselves without work.

Olivier's passion and determination are evident in his footwear, and he is proud to offer quality casual shoes made right here in the USA.

The SOM Footwear factory is located at 1006 N. Cascade Ave in beautiful Montrose, CO. Our Factory Outlet Store (attached to the factory) is open to the public every Thursday from 9-5pm or by appointment. To make an appointment, please call us at (970) 765-2616.

DISCUSSION
Would you recommend this brand?
YES
YES
NO
NO
UPVOTE
Website

ENIX
Sandals for running and whatever comes up

OTZ SHOES
Inspired by the oldest shoe ever found.

Found this more useful than your co-worker's fundraiser?
Support Minimal-list with a donation ❤️
Affiliates
Some links are affiliate links. These fuel Minimal-list and help fund new features. 10% of all profits go to charity. None of these will ever cause you to pay a higher amount.